BACK IN THE COVID - The Lockdown Diary Day 78

In the case of Great Tits I have the measure of them in terms of tune, pitch and loudness but they never give up and after a little exchange I am the one that gives in and retreats from the arena. Not so Mr. Blackbird, Mr. Blackbird has a remarkable collection of tunes all complex, colourful, rhythmical and numerous. I give him a fair fight, mimicking a competitor and whistling my merry way through a dozen or so of his compositions, but always lose. Mr. Blackbird carries singing on in exultation having flown to a high perch to gloat at the sight of his vanquished rival skulking off to his greenhouse defeated. Can you see him up there atop the Cypress laughing at my pathetic version of his joyful notes, happy and secure, free and equal in his natural element. 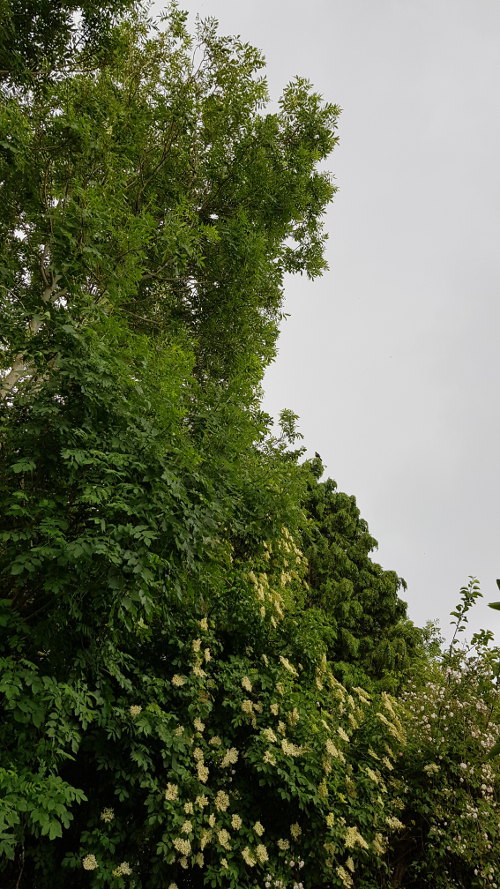 Blackbirds are charming, very, and not just black either, their feathers have a subtle sheen in the light and their yellow beaks and eye rings are distinctive. I would not want to lose them from my garden which is enriched by their contribution to the varied birdlife we have here in our little urban backyard. I will try again tomorrow. At the very least I keep him on his toes.

Black Lives Matter has dominated the news again today. I have the sense that some real and significant change in society around the globe is taking place. Here and now statues are being removed, covered or pulled down. Street names are being re-written, corporations and big businesses are making a stand for Black Lives Matter and films and television series are being pulled from streaming services for sending doubtful messages that are no longer, over night in fact, acceptable. I have heard such comments as “we should not re-write history” and even one senior black figure, Sir Geoff Palmer, a prominent black activist in the human rights movement, disagreeing with their removal on the basis that their continued presence is a record of black history. I could not agree less. History is written for future generations on a daily basis. Surely the only history that matters to black people throughout the world is that change happened and that a more hopeful moment in black history was written in The Covid.