BACK IN THE COVID - The Lockdown Diary Day 23

Summer arrived early this morning. I regret to say that we were not in evidence until much later by which time summer was in full swing and that is such a pity. In this country summer happens at any random time of the year, lasts for an indeterminate length of time and is in fact forecast this year to revert to autumn by Sunday. By the time I actually started on the garden summer was at least 25% done and rather hot for labouring but after labouring and sweating in equal profusion a grand result was apparent. The image shows the finished ‘allotment’ ready for me to incorporate leafmold I have been making for years which is the next step and the main task tomorrow. 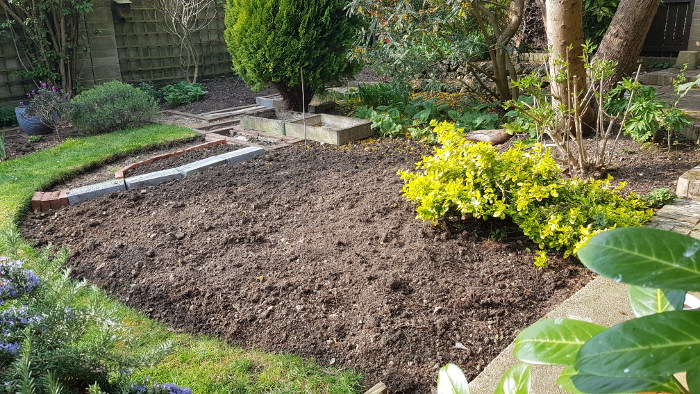 Covid-19 is a bugger. Nearly two thousand recorded deaths from it in two days, more since those are only hospital admissions, and currently no sign that we are over the peak. The governments chief Medical Officer has finally admitted that containment measures were started two late, rather obliquely, by saying that the UK could have learnt from Germany. Testing at the right level is still a long way off and in spite of turning down participation in the European wide ventilator purchasing scheme we have gratefully accepted 60 sent by Germany out of desparation.  Germany has still not reached it’s own peak and can afford to give some away. That surely is the most serious indictment yet of how much Conservative policy has run down our NHS and how much must that irritate our petty little Englanders and xenophobes! Friends, allies and neighbours are important after all.
Posted by Paul Warwick at 20:55