BACK IN THE COVID - The Lockdown Diary Day 49

Looking for some information amongst a litter of documents, bags, files, envelopes that constitute my as yet unorganised family archive the photograph shown here today surfaced. Immediately my convoluted thinking processes headed straight for connections as they usually do. So much is linked in so many ways close and distant and these connections can often be surprising to say the least. 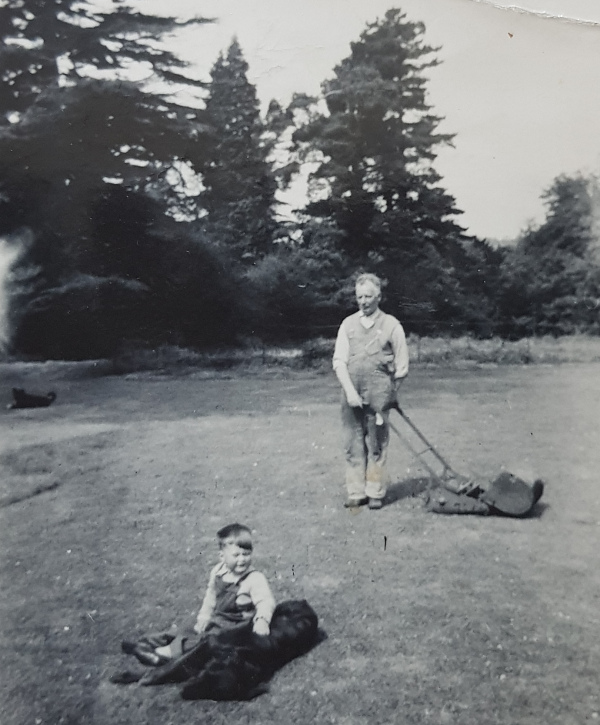 This photo is of my maternal grandfather William Wicks. I fell to thinking about the differences between a pandemic then and the pandemic we have now and almost as a case in point I heard my neighbours car draw away as he went off to work. My neighbour is an industrial machine service engineer. He is out there ensuring that meat, vegetables and many other essential products continue to be packed by their employer’s workforce, their robot workforce. A robotic, Covid 19 immune workforce is busy keeping society provided with hygienically packed food. Not all food of course but just compare this with 1919/1920 when almost no food was sold prepacked, much of it being bought through local markets then weighed out and served by hand at a shop counter face to face.

The so-called Spanish Flu pandemic by the way was not Spanish at all, the name stuck and government of the day found this convenient rather than admit to the public that the disease was being brought back by returning soldiers from the war front. An estimated 3 to 5 million lost their lives in the first peak and ten times this number in a second wave because there were few restrictions and those that were imposed were relaxed too early. People like myself and my wife now at age 71 plus are watching with some trepidation to see if the economy will be valued more than our lives. We are at significantly greater risk from a second wave than we have been so far.

There are rumblings that schools might be re-opened soon. It would be the height of callous, amoral indifference to pack kids off to school to collect a sample of the virus from their mates and bring it home to infect granny and granddad with it. Anyone who thinks you can socially isolate kids and teenagers at school is lacking in even the basics of intelligence let alone an understanding of children.

William Wicks in the photo was a victim of the Spanish Flu. He went on to develop Encephalitis lethargica, a known condition then but not until the 1980’s was it linked to Spanish Flu survivors. He became disturbed, prone to narcoleptic episodes, developed violent behaviours and made several suicide attempts. On the last attempt (he tried to throw himself into the Hackney Cut on the Lea Navigation dressed only in his nightshirt) he was confined to Banstead Hospital one of the three great London asylums. He remained there more or less until he died there in 1959. This rare family photograph was taken in the grounds of Banstead Hospital, he was trusted enough to maintain the grounds and helped regular staff in other ways.

That is perhaps where the greatest and perhaps most important difference in pandemics then and now lies. We must be thankful that science today is far better equipped to understand and treat what, if any, after effects might follow if someone contracts and recovers from Covid 19 today.
Posted by Paul Warwick at 21:18