BACK IN THE COVID - The Lockdown Diary Day 43

Week 6 arrives. Data suggests that we are now past the peak of this virus in terms of cases and deaths, unfortunately one man’s data is another man’s rough approximation and yet another’s down right fabrication. However it may be we are hopeful and seem to be settling into a new normal.

I love my dear wife as much as I did when we married 50 years ago (soon to be 51) and that, after we have been been cooped up together for 6 whole weeks without any other human contact, is a minor miracle. Relationships everywhere are under great strain now and we must spare a thought for those struggling to hold it together. Hang on in there is my advice! The disease is your enemy so look after your partners first and foremost, anything and everything else can be repaired with time, love and compassion.

We have been out for our constitutional as permitted under the rules of engagement applicable to this invisible enemy and have discovered more things that were not there before this crisis but which have, for our 43 years at this address, always been there nonetheless. Letter posting was the primary purpose but as you can see from the images we bumped into a tranquil green space with a fragment of quite fragrant woodland, redolent with an earthy aftertaste from today’s light rain. An archetypal, picturesque babbling brook and rustic bridge completed the scene and oxygen everywhere, abounding. This is, I would guess, 1000 metres from our front door!
  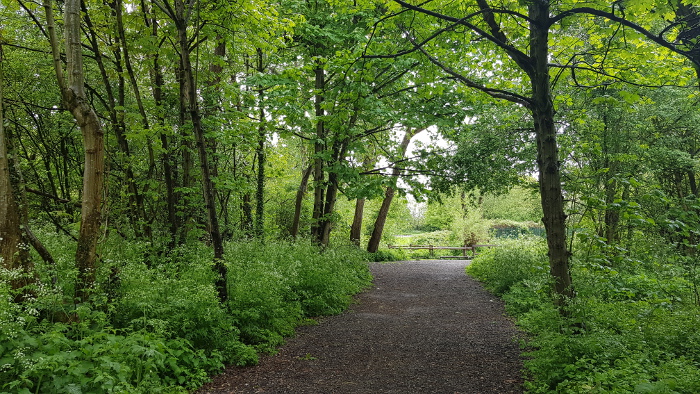 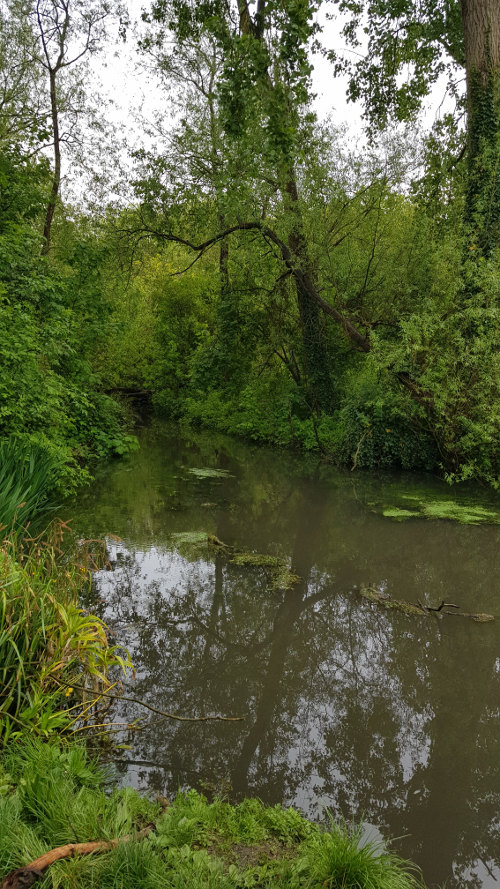 Unfortunately we did not quite manage to arrive back at home without rain returning with some force. 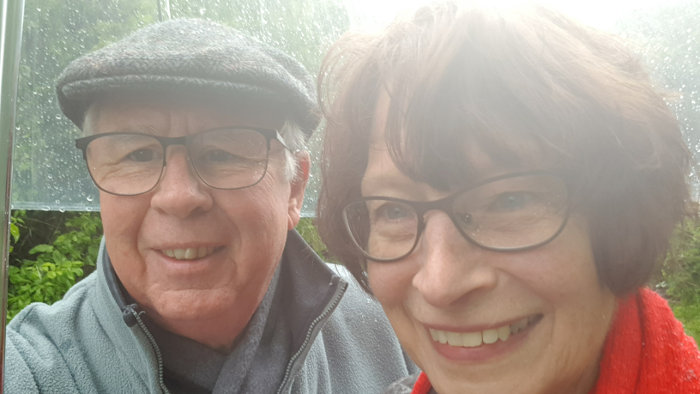 The government seem to have adopted a much improved tone in their daily briefing. As usual it is all pretty stage managed and contrived so as to avoid the difficult questions but it did at least sound authoritative regarding data and the interpretation of that data. The data itself I am not so sure about. I am not seeing any rush to end lockdown with impunity and that was my biggest concern. I suspect that the more freedom that is given to the under 70’s to run around infecting each other the longer the over 70’s and the more vulnerable will be locked down.

The amount of virtue signalling and self-congratulatory moral indignation that is going on is becoming tedious I am especially unhappy that the government seems to be successfully hijacking public support for the NHS to their advantage. This is after all the party that have underfunded and run down our NHS for 11 years. The idea that Tory voters are outside clapping, shouting and making a noise when they have voted for a government that is ideologically committed to destroying the NHS does not sit comfortably with me. They have also almost to a man voted to alienate a good part of our clinical NHS staff and send them, unwelcome, back to their homes in Europe.

Similarly B&Q opened this week and attracted more than its fair share of criticism. Especially misinformed criticism since it had not been required to close in the first place and competitors had continued to operate. This criticism is entirely misplaced and unwarranted but no doubt gave those who mostly have their heads up in an ideological mist and like to take a superior view an opportunity to wave their red flags of moral indignation, give away their lack of understanding of working people and to exercise their desire to inculcate anachronistic and discredited values on people they in reality look down on. They continue to demonstrate their ideological fixations and hatred of job creators, particularly successful ones. It is no wonder at all that the working man has taken his vote elsewhere. 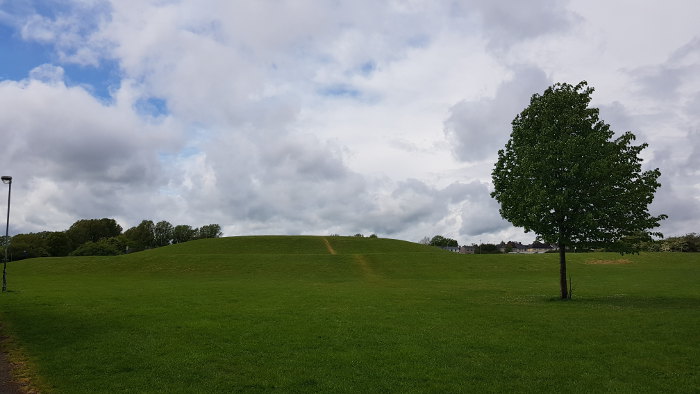 Thinking about this on our walk out drove me to name the modest little hill in my last image “The Moral High Ground”. It was raised from spoil created by the construction of the nearby housing estate. Spoil, refuse and building rubble covered in topsoil and grass and not so much as the meanest, tiniest-minded bigot on top to spoil it.
Posted by Paul Warwick at 21:05